What Is True Justice?

Many of the most heartbreaking human experiences happen over and over again because we fail to heal. We fail to grasp the significance of our individual contribution and share what we have learned. We fail to forgive. We seek vengeance in the name of justice and wonder why the world gets ever more violent. We are so enraptured with a thirst for retribution that we have blinded ourselves to the devastating consequences of such a primitive response to conflict.

Our goal is to inquire into the relationship between forgiveness and justice and explore if justice is a necessary precondition to forgiveness. We may discover that justice and forgiveness are useful but sovereign partners in healing us and the world in which we live.

In the simplest terms, justice is the quality of being impartial or fair; right action aimed at correcting harm to an equitable end. It is an intrinsically cultural construct. A discussion of justice must consider the resolution of interpersonal transgression through the lens of the individuals involved and the implications for society.

Forgiving is wholly intrapersonal. It is possible to achieve absolute forgiveness and never discuss one’s experience with another person. We derive the social implication of forgiveness from how it changes the forgiver and those around them, not the process itself. In other words, the person who has forgiven shows up differently than someone who has not forgiven.

Justice and forgiveness are linked by wrongdoing (technically, the perception of wrongdoing). How we as individuals and society reconcile that wrongdoing is influenced by our conception of justice and how much we value the possibility of recovery (to a former, “undisrupted” state) of individuals. My supposition is that true justice becomes more evident when compassion and empathy are a part of the process.

When reflecting for yourself what justice looks like (and reconciling that with your impulse for retribution), it might be helpful to consider the influence of us versus them.

Ask yourself, does retribution correct harm?

The answer to that inquiry probably depends on if you consider the wrongdoer to be a part of your ingroup. Some of the reasons for this include innate bias against those we perceive as outsiders and how much harder it is to feel genuine empathy for people you perceive as “other.” True justice is “us” justice.

Current models of justice are punitive (regardless of what they call themselves). The philosophical debate about the supremacy of punishment over restoration isn’t going anywhere, but, at this point, it isn’t an abstraction. We know how effective the system is.

The way forward is not through the punitive model of justice with its limitations. Punishment alone rarely stops the cycle of harm. On the contrary, it likely plays a significant role in perpetuating disenfranchisement and desperation, leading those impacted to feel no need to follow societal norms or laws.

The ineffectuality of the system isn’t the only issue. For institutions to endure, they must reflect the values of those they serve. As human understanding continues to evolve (evermore rapidly), institutions lag. An intentional effort is required to compel change.

What human beings are collectively reconciling is the undeniable evidence that forgiveness, compassion, and empathy make the world a better place for most of us. Yet, something inside of us wants those who have hurt those we love to experience state-sanctioned suffering. This primal impulse is real, but we have lots of primal impulses we manage. That’s how society functions. The price we pay for sanctioning retribution is needing to defend ourselves against enemies we create.

(Of course, this discussion offers grace to the intentions of those who create and implement the systems we are discussing. We now know that some of the veiled intentions were much more ominous. Pushing for a truly rehabilitative system, hopefully, helps unravel some of that mess.)

Is justice a precondition to forgiveness?

A common argument against forgiveness is that it is self-sacrificial. The fallacy goes: if we choose to forgive, we let go of the need or right to seek justice. The only sacrifices made by forgiving are the involuntary preoccupation with what has happened and emotional pain. Freedom from the torment of resentment or shame opens us up to authentic consideration of the complexities of human interaction. We become more willing to accept responsibility when appropriate, extend empathy, and determine what a fair outcome might be.

Wanting justice to be served is a critical human impulse. And, it is clear that when a victim perceives that we have achieved justice, forgiving the wrongdoer can be easier to do. There is ample research to support this claim. That does not make justice a precondition, however. Just like an expression of remorse is shown to ease the process, it is crucial to clarify whether it is incumbent is up to the victim alone. We fall short in our current understanding of recognizing just how much authority the victim has to choose to forgive regardless of circumstances. They don’t know what they don’t know.

Practically speaking, however, while it may be easier to see what fairness looks like after having forgiven, forgiveness takes time and, despite being an intentional process, it cannot be forced. It is not realistic to expect the intrapersonal resolution to happen before justice is rendered.

To be clear, I am not saying that everyone should pursue forgiveness before seeking justice. Making forgiveness a moral imperative is counterproductive to individual healing for reasons I discuss elsewhere. Likewise, while systems like Restorative Justice illustrate the potential for group (more than one person) healing when a victim extends forgiveness, the system should not mandate forgiveness (RJ does not). Such a mandate (implied or otherwise) transfers the burden for societal restoration from the perpetrator to the victim and encourages faux gestures of reconciliation that impede individual recovery. Society is healthy and functional when its members can process, learn from, and recover from wrongdoing.

Throughout most of human history, we have relied on systems of justice to delineate us from them. This distinction is becoming more difficult due to many factors, including unstable institutions, growing populations, and more universal access to information. More critically, though, it is untenable because as human consciousness continues to expand, the realization that we are fully interdependent and that your suffering is my suffering becomes harder to deny.

True justice does not isolate the wrongdoer. Instead, it recognizes the ways in which we are all connected. It also sees that the one who has done harm is also in pain. Only in being brought back into the fold will they be able to assume accountability and empathy.

The incongruence between the values of citizens and our judicial systems is an existential threat. True justice facilitates accountability, correction action, and restoration to the extent possible. Interestingly, these are also hallmarks of forgiveness and reconciliation.

Imagine a world where the cultures we live in support recovery and contribute to the well-being of us all. 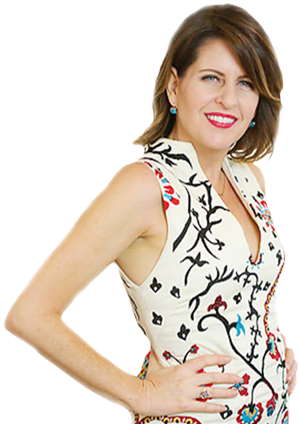 Receive inspiration and updates with the Forgiveness Academy Newsletter. Learn helpful tips and tricks to guide you through the process of forgiveness and in life! Sometimes we just need a little reminder about our own greatness to keep the momentum going!